The kids and I hit the road and went to Lincoln City, OR for the weekend! "Where was Ben?" you ask. Well, Ben was in Las Vegas. You see, once a year his office goes to Vegas for the weekend. Usually they bring their "significant other" so (most of the time) I get to go. This year, it just didn't work out so Ben went without me. I wasn't about to hang out at home and let him have all the fun, so the kids and I went to the beach. We ate lots of fast food, went to the beach every day, played at the park, flew the kite, fed seagulls, and got sand in every nook and cranny. (I'm STILL finding sand in unexpected places.)

Here's a few pictures of our weekend at the coast. 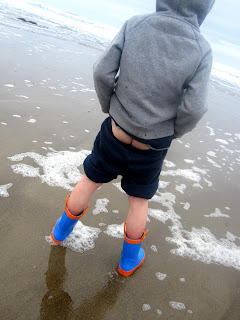 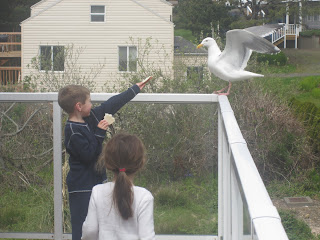 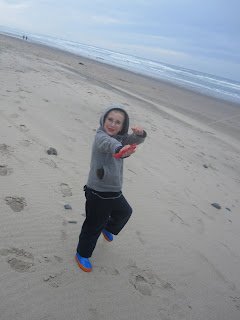 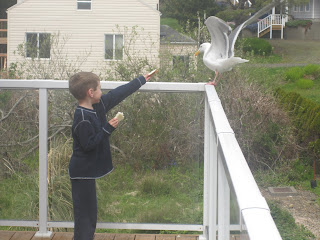 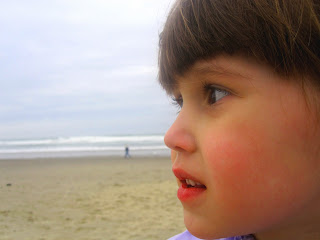 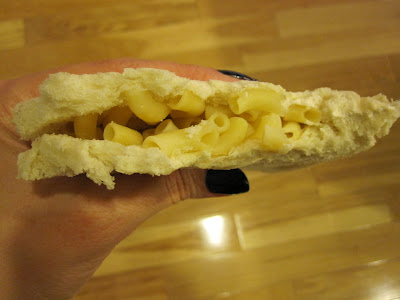 I truly believe that pretty much anything tastes good on Grandma Sycamore's bread (aka Granny bread). This stuff is amazing. The last time Ben's mom came to visit, she brought us dozens of loaves of this scrumptious bread. Unfortunately, I only have 8 slices left! I was doing some laundry and I found Nicole making this sandwich when I came back out to check on everything. Plain macaroni noodles on Granny bread? Really? What a waste! I cannot believe I have to go back to eating regular, run-of-the-mill bread again. Sigh. I'm a bread snob.
Posted by Kristi at 8:38 PM 2 comments:

Yes, it's true. Tori is two. People say that two is the hardest age. Two year old's wear their hearts on their sleeves and don't know how to express themselves so they scream and cry and give the biggest and bestest hugs and kisses ever. All I can say is this: It can't get any worse. Tori was a crazy baby and she seems to get better with each step toward independence. She got a little better when she learned to sit up, crawl, feed herself, walk, play by herself, etc. Now that she's starting to talk, things are getting even better. BUT, she still throws the most magnificent tantrums I've ever seen. Her scream is so loud and high-pitched that sometimes I think my ears are going to start bleeding. She kicks me so much when I change her diaper that I have bruises all over my thighs. She's a handful, that's for sure, but we have some really good times too. Today, she curled on my lap and played peek-a-boo with me for a full 10 minutes! She has learned to say "I love you, too" and says it every time I tell her I love her. When I offer her something that she wants, she does this funny little jump and squeals "YES!!" as loud as she can. She growls at me sometimes (like a lion) if I can't figure out what she's trying to say. (Like that will help me figure it out. Maybe moms speak lion?) She loves to pick flowers and smell them. Sometimes, she smells dandelions so enthusiastically that she ends up with a yellow nose. She's my baby, and I love her. Let's hope the next year is better than the last. 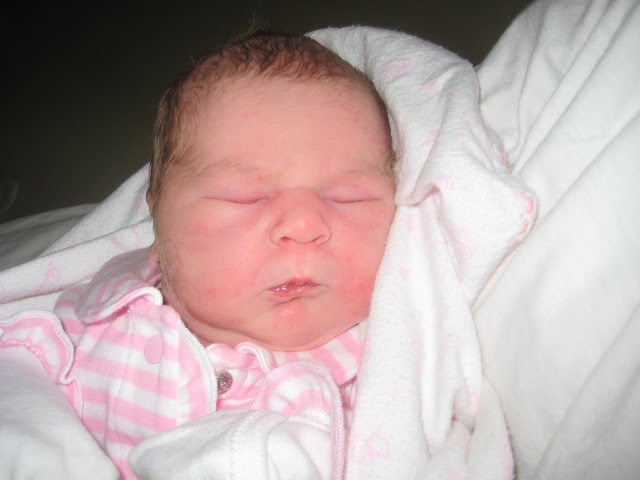 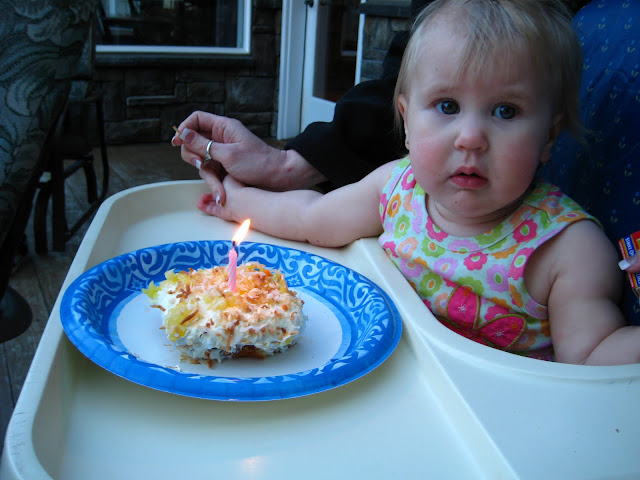 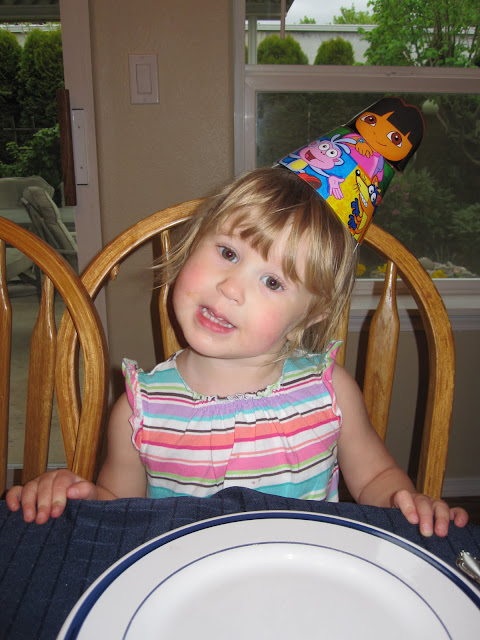 Six? Seriously? Is that all?

People say that time flies and that your kids will be grown and gone in the blink of an eye. That's not really the case for me. Tyler turned 6 today and while everyone else was saying, "Wow, he's getting so big! It seems like just yesterday he was crawling around and wearing diapers!" I was thinking, wow, you're only six? I feel like Tyler has been in my life forever. I feel like I have been a parent for way longer than six years. (That doesn't mean I know anything yet about parenting, but that's a different story.) I barely remember life before I had children. I guess I didn't worry about memories much back then. Once I had a child, I wanted to remember everything. I started taking pictures when I had a baby. I started scrapbooking when a had a baby. I filled my brain with a million baby/parenting facts when I had a baby. What's the capital of Montana? Beats me. But I can tell you that you shouldn't give honey to a baby because they could get botulism. I love being a mom. Now, six years later, I feel like things might start to get easier (my baby is almost 2) but in all reality, they are just going to be a different kind of hard. It's a good thing they are so much fun and I love them so much!

Here are some pictures of Tyler on each of his 6 birthdays:

p.s. he has had the same alligator cake for 3 years in a row. I wonder if he thinks that's his only option? 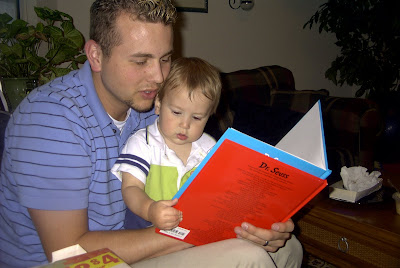 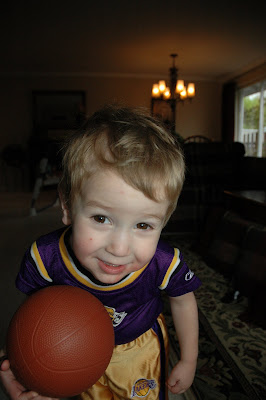 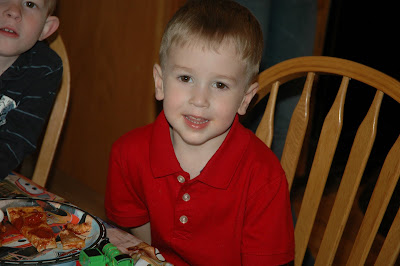 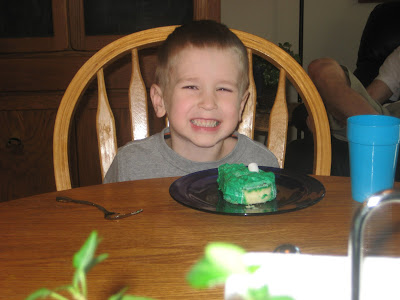 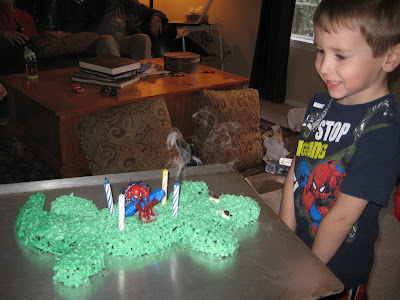 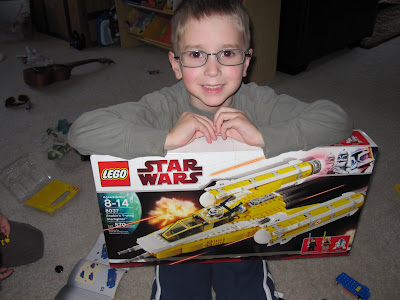